There are over 1,100 hotel rooms at Caesars Atlantic City. It is home to over 2,000 slot and video poker machines, nearly 100 table games.

There is a large table game selection at Caesars Atlantic City. The eight-deck blackjack games start at $10 or $15. These games pay 3:2, allow double down before and after splitting and hit soft 17. For $100, this game uses six decks and stands on all 17’s. There is also $15 Spanish 21 that stands on all 17’s.

Fortune Pai Gow Poker, Face Up Pai Gow Poker and baccarat start at $25. There is a sic bo table at Caesars, though it was not open so we do not know the minimum bet.

There is a single zero roulette table in the high limit salon. The minimum bet is $100. There are also blackjack and baccarat tables in the salon with the same minimum.

There is video roulette available for $3. Video big wheel has a $1 minimum bet. There is also 6:5 video blackjack.

The video poker at Caesars Atlantic City is mostly in the same two areas. There is a large video poker section on the casino floor on the right after walking past the back table game pit. The best game in this section is 9/6 Jacks or Better. It is available in quarter, half-dollar, dollar, two-dollar and five-dollar denominations. Some quarter 9/6 Jacks or Better games have a royal flush progressive.

Banks that do not have the $20 per point sticker often offer a step below the other games. This includes 9/6/5 Double Bonus and 7/5 Bonus Poker, as well as the 9/6 Double Double Bonus mentioned earlier. We could not find the great Double Joker game Caesars once had. It appears that it has been downgraded. It offers a progressive jackpot.

The high limit room has some good games among the offerings. Some $2 and $5 machines have 9/6 Jacks or Better, 9/6 Double Double Bonus, 7/5 Bonus Poker and/or 9/6/5 Double Bonus. The $5 and higher machines do not have these pay tables. Look for the $20 per point stickers to help you find the best video poker game available at Caesars Atlantic City.

There is not a sportsbook at Caesars in Atlantic City. However, there is a 15,000 square-foot Caesars Sportsbook at the adjoining Wild Wild West.

The Caesars Rewards players club is used at Caesars in Atlantic City. It is the same players card used at all Caesars Entertainment casinos in North America. There are six levels of Caesars Rewards. Perks include free food, hotel rooms and slot play. High volume players may receive bonuses like celebration dinners and airfare. Our Caesars Rewards page has more information.

Two bars are located outside, one beachside and the other poolside. Beachside Bar is available for outdoor seating adjacent to the beach. Open daily from noon until 8pm, menu items include cocktails and light snacks. Seasonally, guests at the pool can grab an adult refreshment at the Rooftop Pool & Bar. It is scheduled to open July 17, 2022. Pool entry is limited to hotel guests only.

The Toga Bar is a bar and lounge. The menu features cocktails and beer, including a craft beer selection. Drink service is available weekdays from 2pm until 2am and weekends from noon until 2am.

Gordon Ramsay Pub & Grill is located between the lobby and the casino floor. The menu features traditional British pub dishes like Shepherd’s Pie, Beef Wellington, and Ale-Battered Fish and Chips as well as seasonal specials. Breakfast items include omelets, steak and eggs, vegan breakfast sliders and blueberry waffles. Hell’s Kitchen is expected to open an Atlantic City location at Caesars this summer.

Caesars Atlantic City has three hotel towers. Rooms are subject to a $25.99 resort fee per room per night. The resort fee includes WiFi for two devices per room per day, local calls, a voucher towards self-parking, access for two to the fitness center and an in-room coffee maker. Resort fees are waived for Diamond and Seven Stars guests. Dog friendly rooms are available for up to two pets. Maximum weight is 50 pounds.

Located on the 7400 level of the Ocean Tower, Caesars Rooftop Pool and Observation Deck is open seasonally for hotel guests only. The deck offers a view of the ocean. Complimentary access is granted for Seven Stars and Diamond card holders. One additional guest is permitted per card holder.

At Caesars Atlantic City, there are five suite trims: Tribune, Senator and Emperor Suites, as well as Forum Tower’s Neptune and Apollo Suites.

The Forum Tower has two 500 square foot suites. The Neptune Suite is available as smoking or nonsmoking. This single room suite features a seating area with sofa and a dining table with two chairs. The Apollo suite is a nonsmoking room with a separate living room with sofa, desk and dining table.

What is the minimum age to gamble at Caesars Atlantic City?

Guests must be at least 21 years of age.

Smoking is permitted on 25% of the casino floor in Atlantic City casinos.

What table games are available at Caesars Atlantic City?

Does Caesars Atlantic City have a poker room?

No. There is no poker room.

Does Caesars Atlantic City have a sportsbook?

No, but there is a Caesars Sportsbook at the attached Wild Wild West Casino. 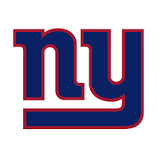 The New York Giants are in the bottom 10 of teams odds to win the Super Bowl & are expected to finish last in the division. What is our best bet on the Giants?